We built a strong integrated marketing strategy to increase the awareness of the festival and drive ticket sales. This included an array of disciplines and an expert team to fulfil the brief.

All advertising campaigns, both print and online were managed by the Taybian team. We managed everything from brochures and print advertisements all the way to targeted digital advertising. Optimising each placement to ensure the correct audiences were targeted. Our digital campaigns were particularly successful in driving traffic to the website and ultimately ticket sales.

We achieved an abundance of PR coverage of the event both years in a number print, radio, television and digital publications. Taybian worked with these media outlets to promote and raise awareness of the brand, the event, as well as ultimately driving ticket sales.
We also worked meticulously on two media launches. In 2015 it was held at Audi Brisbane, and in 2016 it was at the Brisbane Powerhouse. We worked with the programming team to bring to life a mini pop-up Bavaria, in the lead up to the festival. Both of these events were in conjunction and collaboration with the Valley Chamber of Commerce.

In 2016 we worked with our web developer to completely rebuild the Oktoberfest Brisbane website. It was an extremely tight turnaround (2 months), but once completed we saw a massive increase in traffic to the site, time on the site and (once on sale) increased ticket sales. The new site was user-friendly, had fantastic representational images to provide consumers with an accurate account of what they could expect at the festival. We also designed the website so that CTA (calls to action) were ample, easily managed and targeted. The positioning and design of these CTAs successfully worked once tickets went on sale.
Navigation and good UX meant consumers were easily able to purchase tickets.
The blog and social channels were were integrated and there was a marked increase in email sign ups, and audience on social channels.
The website redevelopment was a resounding success.
As the build was incredibly short, we had planned for further expansion and development post 2016 festival, this included the addition of video content, as well as closely analysing the data to slightly adjust the CTA’s throughout the site.

Our designers worked on (most) all design assets, from the iconic stubby coolers, to the brochures and print collateral, digital advertising and animation graphics (for the communication on the cashless ticketing system).
We also worked on building the brand guidelines and introducing new design elements, to further pull the brand together and visually tell the story of this German festival.

The team from Taybian managed the delivery of (most) all printed collateral. This included brochures, postcards, information cards, and more.

We worked with key suppliers for the merchandise for the festival.

We managed a comprehensive marketing team on-site at the festival.
As there were so many moving parts to the overall marketing of the festival, as well as the operation itself, it was key that our team covered all aspects of our strategy as well as providing a support for other teams at the festival.
This included media management, social media coverage, documentation of the festival through the management of our photographers and videographers. We also had a number of interns working at the festival in support roles.
The festival’s social channels were imperative in our overall strategy, and were a key communication tool during the festival.
The nature of Oktoberfest Brisbane, meant that there is always consumer feedback, good and bad, and there is careful consideration and planning as to the strategy behind the management of this.

All professional photography at the event was managed by Taybian. As the festival program is massive and many events running at the same time throughout the great festival site, we worked closely with the photographers to schedule what needed to be documented and when. We also allocated a certain amount of images each day to be uploaded to our social channels in real time.

Videography was key to the documentation for the festival. In the first year we worked on the festival (2015) it served two primary purposes; collating an archive of video content of the festival (of which was used in digital advertising the following year) and to produce a promotional video. In 2016 we again documented all aspects of the festival to increase the archive of video footage to be used for a variety of purposes, including the promotion video, video content for a variety of pages throughout the website and for digital advertising in the lead up to the 2017 festival.

Taybian Marketing & Design were welcomed to the Oktoberfest Brisbane family to provide a complete marketing solution for their festival in 2015 and 2016. We have helped them grow the festival to be recognised as a Major Event as recognised by Brisbane Marketing in the Brisbane Major Events calendar. 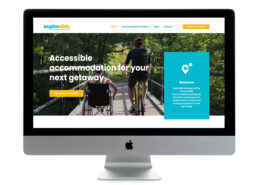 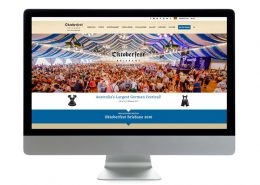